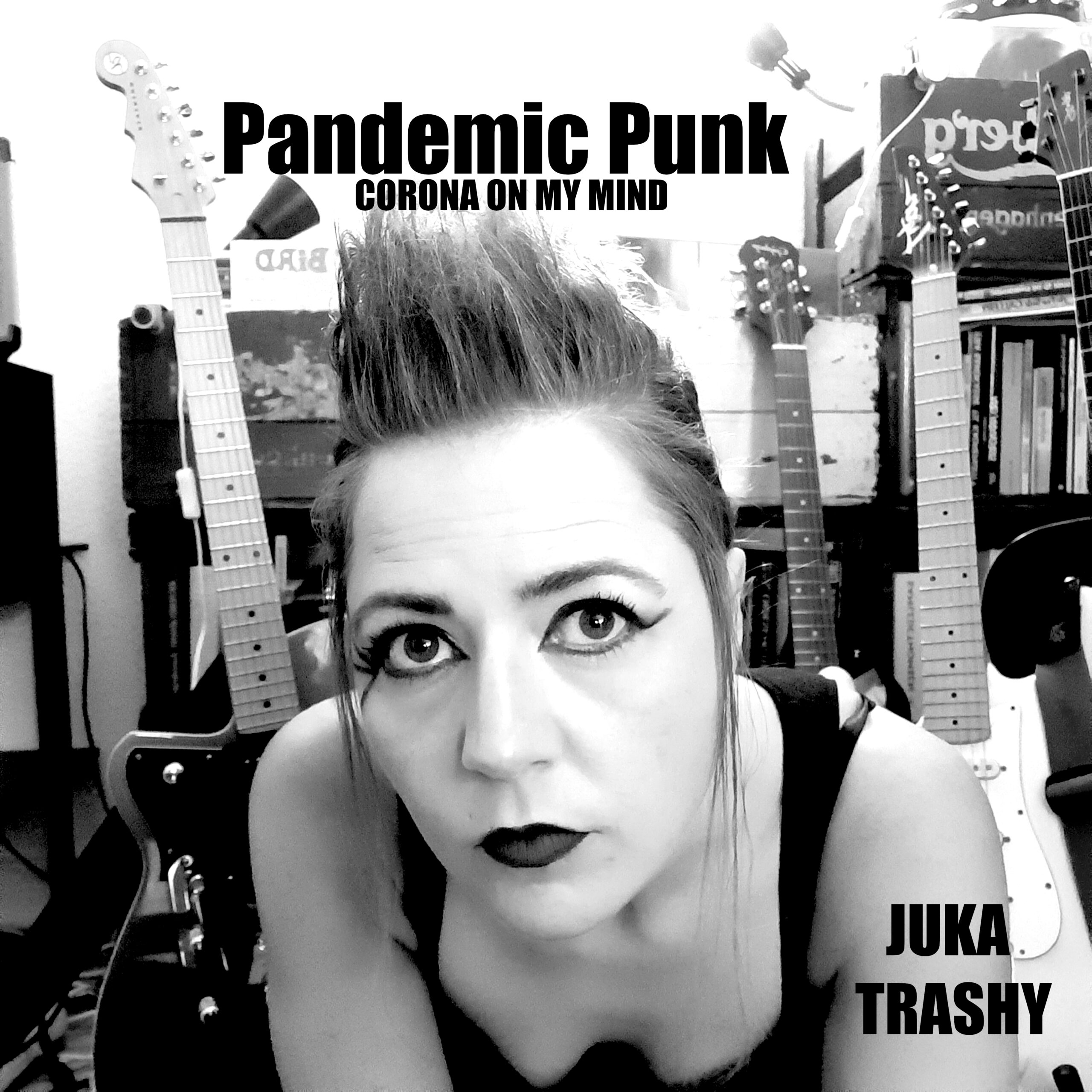 The virus a pandemic
What to do when nothing’s left
Should have read to be a chemist
Isn’t hoarding kind of theft
Humanity has woken
It’s the only chance we have
The Earth is crying, broken
And it’s all on your behalf

Corona is the only thing
On my mind

Pandemic Punk is written, recorded and released in the early days of the COVID 19 pandemic in 2020.

“Have a Brunch” is the second single from the Juka Trashy album Auto Fiction. The album is a cinematic journey into lo-fi rock’n’roll, surf and singer-songwriting strongly inspired by movie soundtracks.

Don’t let her cute looks fool you! Juka Trashy is far from a beginner of the music. She originates from the Danish underground and punk scene and is known from amongst others Walking Psychosis, Qu’est-ce Que Fück? and Mack The Knife, as well as guest, performer as Hank Robot’s Headless Chickens (Kim Kix, Powersolo), support for members of the German cult band Lene Lovich (Jude Rawlings, Kirsten Morrisson) and bassist Greta Brinkmann (Debbie Harry).

Don’t fake it ’till you make it

“If you can’t play your song from A-Z, don’t release it” – Juka Trashy

Inspired by old school principles and honour to the musical handcraft all basic recordings are done as one-takes. Quantize and vocoder are illegal in the universe of Juka Trashy as are photographic body- and skin alterations.

The entire track is mixed on a combination of an analogue Otari MTR-90 MKII and a DDA Q consol by Jonathan Jensen from Cable Hell Studio and mastered by the legendary Pete Maher (Rolling Stones, Nick Cave, Pixies, Patti Smith).

Juka Trashy herself is a rare combination of rough and petite, so if you’re into strong women, a dirty Nancy Sinatra, The Ronettes played by a proper Ramones punk fan or just 1960’s surf with a dash of distortion and sloppiness it is strongly recommended that you check her out.

“Have a Brunch” is out on commercial streaming sites (Spotify, Itunes, Amazon, GooglePlay, YouTube Music etc.) as well as Bandcamp on February 7th 2020

juka@jukatrashy.com facebook.com/jukatrashy Insta: @jukatrashy
The single “Have a Brunch” and the album Auto Fiction is supported by Koda’s cultural funds.